NOTICE IS HEREBY GIVEN that the Borough Council of the Borough of Perkasie, Bucks County, Pennsylvania, will conduct a public hearing on Monday, October 4, 2021, at 7:00 p.m. at the Perkasie Borough Hall, located at 620 West Chestnut Street, Perkasie, Pennsylvania 18944.  The purpose of the public hearing is to consider, and if appropriate, adopt an Ordinance which is summarized as follows:

The Ordinance would amend the provisions of Chapter 128-Peace and Good Order, of the Perkasie Borough Code of Ordinances so as to regulate the operation of certain all-terrain and off-road vehicles within the Borough.

The full text of the proposed Ordinance may be examined at the Perkasie Borough Hall, 620 West Chestnut Street, Perkasie, Pennsylvania 18944, during normal business hours and a copy of the Ordinance been provided to this newspaper and to the Bucks County Law Library. 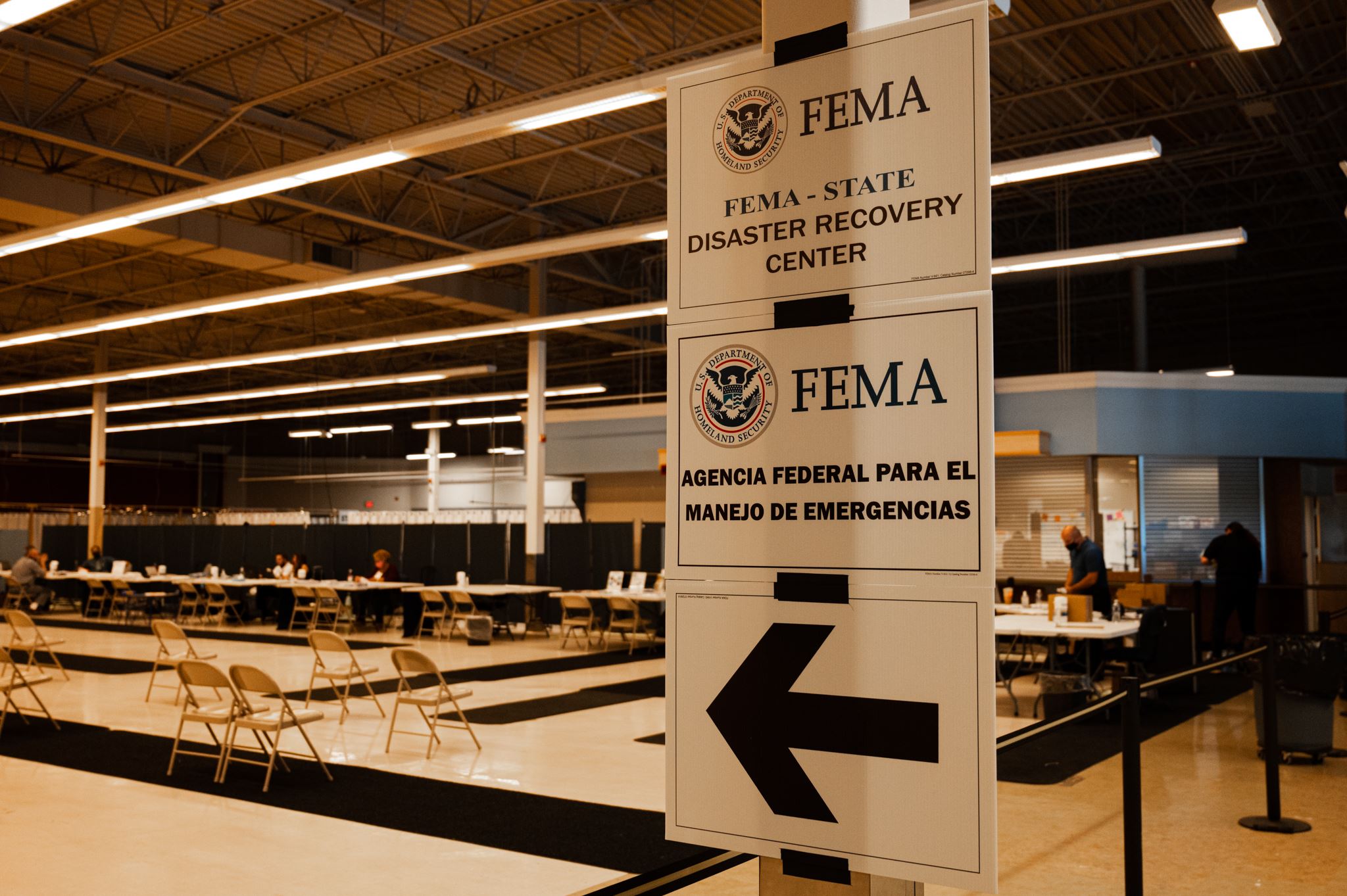 A Federal Emergency Management Agency (FEMA) resource center for Bucks County residents and businesses affected by the remnants of Hurricane Ida is open in the former Giant grocery store at the Warwick Square shopping center, 2395 York Road, Jamison. The resource center will share space with a county-run COVID-19 vaccination clinic.

Perkasie Borough is seeking two residents that may be interested in volunteering to serve on the Civil Service Commission, one as an alternate member. The Board meets on an as needed basis. The Civil Service Commission is responsible for personnel administration for Police Officers in the Borough including oversight of testing, promotions, and review of disciplinary matters.

These positions are for six year unexpired terms through 2022 and 2026.

Perkasie Borough is seeking two residents that may be interested in volunteering to serve on the Perkasie Planning Commission. The Board meets on the fourth Wednesday of each month at 7:00 PM. It is a unique opportunity for individuals to serve their community and be involved with critical issues of subdivisions, zoning, and land use and planning. These positions are for four year unexpired terms through 2023 and 2026.

Perkasie Borough’s downtown area is now eligible to become a National Historic District after a determination by the Pennsylvania State Historic Preservation Office. Please see the full text of the press release below.

The decision is the first of a three-part process. It allows Perkasie Borough to submit a final National Register nomination to the Commonwealth’s Preservation Office in the coming months. After local public comment and a review by the state Historic Preservation Board, a favorable decision by the Board in Harrisburg would be sent to the National Park Service for its approval of a Perkasie National Historic District.

“The Borough has worked for the past five years to ensure Perkasie takes its rightful place among the most cherished hometowns in Pennsylvania,” said Scott Bomboy, chair of Perkasie Borough Council’s Historical Committee. “It is an honor long-deserved, and hopefully state and federal officials will agree when they review our final nomination.”

The state Preservation Office determined Perkasie’s central area, above the East Branch of the Perkiomen Creek, is eligible under National Register Criteria C, for Architecture. The state Preservation Office and Perkasie Borough will determine the Historic District’s proposed boundaries in the near future, with the Perkasie’s original core downtown area anchoring the district. Perkasie Borough’s earliest borders extended from parts of Third Street to Ninth Street, bordered by Walnut and Race Streets. It is expected the proposed Perkasie National Historic District will include additional buildings adjacent to Perkasie’s old downtown.

“The district is eligible for its important representation of local small-town resource types, including residential, commercial, transportation, and industrial. The buildings reflect many styles, and the district contains many designs by regional architects,” the Preservation Office said. “The district readily conveys the history of Perkasie, including the factors contributing to its growth and development, and the establishment of a vibrant community.” The state determined Perkasie’s period of historical significance began with the construction of the Landis Ridge tunnel in the 1850s and extended into the 1950s. As the boundary is adjusted, the area of significance period may be extended.

Richard Grubb and Associates of Cranbury, N.J, worked with Perkasie Borough Council’s Historical Committee on the resource survey that led the eligibility determination. The preliminary finding was made in February by the state, and basic information about the determination is now on PA-Share (www.phmc.pa.gov/PA-SHARE), the state’s new historic preservation resource website.

The final designation of a National Historic District in itself does not protect historic structures from demolition or regulate how owners maintain their properties. But owners of historic

properties contributing to the district may become eligible for historic preservation tax credits and preservation easements, under certain conditions.

Currently, Perkasie has two other districts eligible for the National Register: Lake Lenape Park and the Bridgetown-South Perkasie district. The National Park Service approved the Perkasie Park Camp-Meeting as a National Historic District in September 2016.

Perkasie Borough is seeking residents that may be interested in volunteering to serve as an alternate on the Perkasie Zoning Hearing Board. The Board meets on the fourth Monday of each month at 7:30 PM. As an alternate, an appointed resident would stand in for ZHB members that might be unable to attending hearings. The ZHB perform an important function in reviewing appeals and variances to the Borough Zoning Ordinance. The term is for a three year term through December 2023. Interested Perkasie Borough residents may contact any Councilmember, the Mayor or by writing the Borough Office at 620 West Chestnut Street, Perkasie. An optional application form is available on-line at www.perkasieborough.org or by calling the Borough Office at 215-257-5065. Applications accepted until position filled.

The Liberty Bell Trail Feasibility Study 2020 Update has been completed. This project was financed, in part, by grants from the Community Conservation Partnership Program, Keystone Recreation, Park and Conservation Fund, under the administration of the Pennsylvania Department of Conservation and Natural Resources, Bureau of Recreation and Conservation; and the Greenways, Trails & Recreation Program under the administration of the Pennsylvania Department of Community and Economic Development. Gilmore & Associates completed the update to the 2005 study in December of 2020 and the executive summary and maps are below. This was a multi municipal project and we thank our surrounding communities for their participation and encouragement. This will be a major accomplishment for the trail system and we hope to get started with smaller projects and gain additional grant funding to make this Corridor of History a reality.

Perkasie Borough Memorial Flag Program
For many years, the Borough of Perkasie has installed small American flags on the decorative street light poles around town. The Borough Council has decided to move forward with a commemorative program that will allow the Borough to install much larger flags. Supporters are invited to consider “purchasing” a flag and custom commemorative plaque that will be installed on a street lamp pole in the Borough.

Each memorial flag set purchased will consist of a 2 ½ foot x 4’ American flag, a spinner pole with gold top, and an 4” x 6” custom engraved memorial plaque. Each set will be installed by Borough employees. Custom engraving is limited to 20 characters per line, with a maximum of 4 lines.

YARD WASTE DROP OFF INSTRUCTIONS:
This is a reminder to residents that the only allowable material for Yard Waste drop off is the following: leaves, brush trimming, bush trimmings, and flower bed clean up material. Yard waste must be either loose or in paper bags. Residents who bring yard waste in cans or plastic bags must be emptied out at the site.  No plastic bags are accepted for recycling.

Anyone who spots an illegal dumper please get the license plate of the vehicle and report it to the Borough immediately by calling 215-257-5065.

Yard Waste is only allowed to be dropped off on the first Saturday of the month from 7:30 am until 3:00 pm and is for Borough Residents only. ID may be required as Perkasie Borough reserves the right to request identification of users to show residency.NO CONTRACTORS.

Residents, please review the Mailbox Guidelines set forth by the United States Postal Service. Adhering to these guidelines also helps our Public Works Department during the snow plowing process. Thank you in advance for your cooperation.